Car dents can look small and harmless. This is why many car owners dismiss them and delay repairing the issue. Dents can occur due to small falling objects or someone banging the car door into a blunt surface. Damage can range from a tiny scratch to obvious dents. However, as much as it looks like a small issue, you should never delay repairs for such damages. 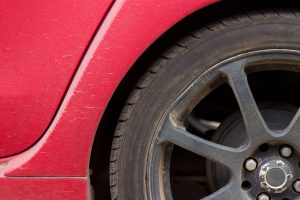 So why should you act right away when you discover dents? The following are some of the reasons why:

Aside from causing blemishes to your car, dents can also start corrosion. Even if you don’t see it right away, the dent has cracked the layer of paint. As it gets exposed to outdoor elements, moisture will seep through and start rusting.

In just a matter of months, the surrounding paint layers will chip and crack further. This can lead to a domino effect of damage. Rust spots may also form, which will be unsightly.

Dents can affect your car doors

Never underestimate a dent, just because it’s located at the rear of your car. Take note that a dent can affect how your car door closes and latches. This is especially true for high-impact damage. Soon enough, you’ll notice that your car door is harder to open or close. Worse, since you’ll be slamming it, you’re also doing your auto glass a big disservice. Make sure to have the dents checked and repaired so you wouldn’t have to deal with this issue.

Dings and dents will reduce your car’s value

The worst-case scenario is that dents will directly affect the resale cost of your vehicle. Take note that car damage, no matter how big or small, is still damage. Buyers will use it to negotiate the price. It will also make other buyers think that something else is wrong with your car, which will result in a further reduction in the cost.

Regardless of whether your car is old or new, fixing dents is a must before selling.

It will damage your car’s paint

Dents can cause irreversible and long-term damages to your car’s paint. As the dented part gets exposed to sunlight, rain, snow, and grime, it will start to cause more problems. It’s somewhat related to rusting. Aside from the exposed metal, expect that chipping and fading will ensue if you put off dent repairs.

It’s only a matter of time for rusting and chipping to take place after sustaining a dent. Save yourself from the hassle and have it repaired right away.

Dents are cheaper to fix as it occurs

Some put off dent repairs because of the perceived cost. However, it’s cheaper to deal with the problem as it happens instead of waiting for months. Don’t wait for your car paint to start flaking and chipping before you seek repairs. By this time, the damages have become intensive and you’ll have to pay double, or even, triple of the cost as compared to fixing it right away.

When is the Most Dangerous Time to Drive? Why You Should Take Your Company Car to an Auto Body Shop
Scroll to top