As safe as modern driving is, there are specific times when you’ll be exposed to a higher risk of accidents. Specific days pose a different level of risk, as observed on the occurrence of accidents against the time and day that it happened. To give you an idea, the following are some of the days and times considered to be more dangerous for driving. 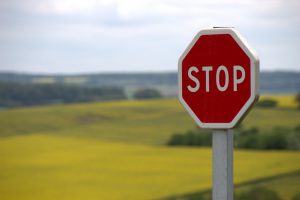 What the number says

According to a study from the firm Avvo, car crash deaths are about 85% higher between the time window of 4 pm and 7 pm. This is associated with the large volume of traffic that occurs when employees leave work to go home. Unlike in the morning rush hour, the evening drive is paired with frustration, the hurry to go home, and impaired thinking due to exhaustion.

Aside from that, studies found that weekends have the highest records of crash fatalities. Back in 2016, Saturday recorded around 6,800 fatalities, while Sunday has 5,800 cases. On the other hand, weekdays range from anywhere between 4,400 and 5000 deaths. The exception here is Friday, where U.S. crash fatalities are at a high of 5,800. This can be due to the Friday rush as well as employees going to night-outs after a long week at work.

Holidays are something to worry about

Holidays are the most awaited days of the year. It involves shopping, gatherings, food, and fun. However, the jolly season is also one of the most dangerous times on the road. A lot of people are in a hurry and the traffic experiences a significant increase in volume.

Moreover, alcohol and driving go hand in hand during the holidays. According to the FARS (Fatality Analysis Reporting System) statistics, Memorial Day has the most crash fatalities followed by Labor Day, 4th of July, and Easter.

Summer is the most dangerous for teens

As teens are out of school, they have more time to hit the road. Worse, it’s often mixed with alcohol and some dangerous gimmicks. Aside from that, texting, speeding, and distracted driving often lead to crash fatalities among teens.

According to the U.S. sources, about 7,300 teens died from 2005 to 2009 over the 100 days of summer. Also, about 422 teens die in car crashes every summer month, with male teens responsible for over a third of the cases.

Aside from that, 10% of the fatalities during the 4th of July are teens.

Each day has a risk

As much as there are specific days and times on which accidents occur more often, each day brings a certain level of risk on the road. Even if you’re outside of the mentioned time window and day, you can still figure in an accident if you don’t drive carefully.

Aside from that, natural elements may also affect the safety of the road. Zero visibility due to torrential rain, hailstorm, blizzard, so on will put drivers at risk of an accident regardless of the day and time.

Still, you can reduce the risk by focusing on the road and buckling up.

What’s Polymer Degradation and Is My Car at Risk of it? Why You Need to Repair Your Car Dent Quickly
Scroll to top