Quick fact: Your car is 65% metal. A combination of steel and iron.

Rust is bad news for any vehicle and basically eats away metal parts. Once rust sets in, it’s only going to spread and weaken the structure of your car. The best way to keep rust off your vehicle is to know what it is and take preventive measures. 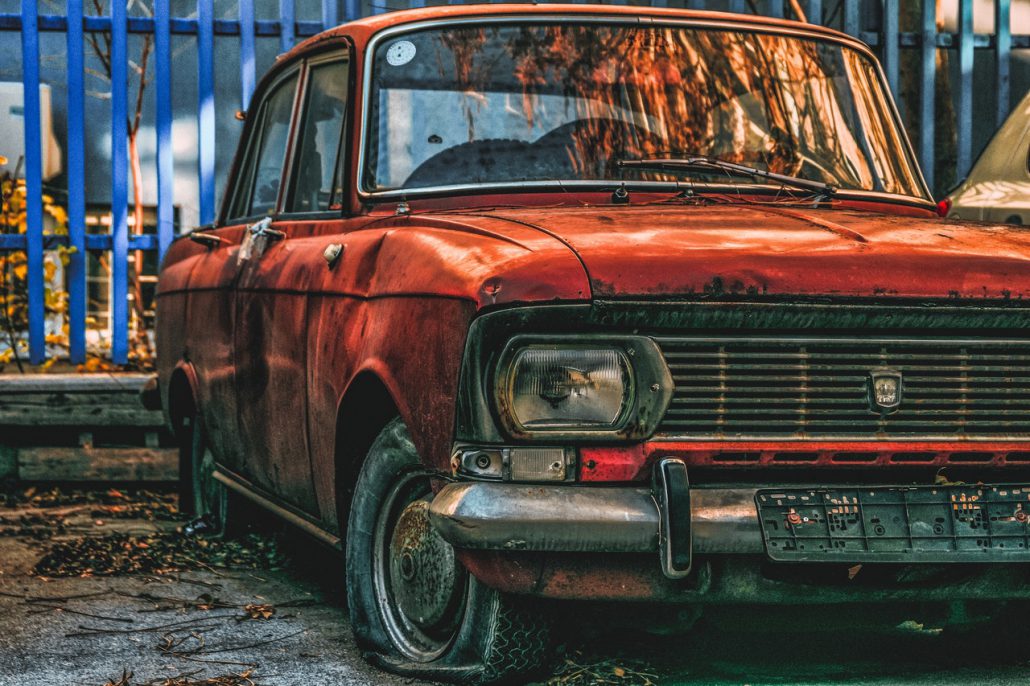 When iron or alloys containing iron (like steel) are exposed to oxygen, water, and/or air moisture for prolonged periods, a chemical reaction occurs. It results in the formation of iron oxide or what is commonly known as rust. Rust corrodes metal and makes it weak and brittle. It is dangerous to vehicles considering that it’s mostly made of metal.

What Causes Cars to Rust?

There are several reasons why a car would be prone to rust. But these are the three most common reasons:

Rainy season is a bad time. Winters are even worse because salt is heavily used on roads. Salt and moisture combined speed up the formation of rust. This leaves the underside of your vehicle extremely vulnerable during winter.

Living in a beach town is perhaps the worst for vehicles. The combination of salt and air moisture can weaken the entire body of the car and not just the underside.

An ill-maintained car is also more prone to rust. Exposing it to the elements, not washing it as often, and the lack of a waxing routine can all lead to the development of rust.

6 Tips to Keep Rust Off Your Car

You can perform a do-it-yourself car wash or have it professionally cleaned every 1 to 2 weeks under normal climate conditions. Don’t forget to have the underbody of your vehicle cleaned as well. Clean the car more often during winter or if you live near the beach. Remember, salt makes your car a lot more prone to rusting so you have to be extra careful.

Use non-abrasive tools and car wash products to clean your car. You don’t want the car paint to wear thin or get scratched. Paint protects the body of your car. It keeps dirt, moisture, and other elements from getting in direct contact with the metal underneath.

Another way to keep rust off your car is to coat its surface with wax. It adds a protective layer over your car paint so it doesn’t scratch as easily.

Take your car to an auto repair shop the moment you notice scratches. Water and dirt can seep into them and cause rust to form beneath the paint. Never attempt to use scratch removers. Most of them are abrasive and strip off the paint.

Consider having the undercarriage treated with either a rust inhibitor spray or a rust-preventing paint. Both coat the metal underside of your vehicle with a protective finish, sealing away elements which lead to rusting.

You probably don’t want to wait this long. But you should be on the lookout for rust either way. Inspect your car for the following signs at least once a month:

If you see any of them, take your car to a trusted auto repair shop in your area.