According to the Association for Safe International Road Travel (ASRT), about 1.25 million people worldwide die in road crashes and collisions each year. In fact, road traffic crashes are the 9th leading cause of death around the world. With this daunting number, many would ask how we can reduce the risk of crash or collision? 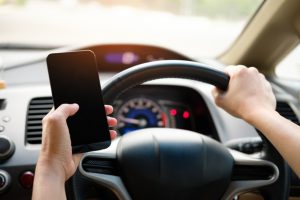 Responsible driving is one, but there are technologies that you can use to stay safe on the road. Here are some that you can easily acquire for your vehicle:

Rearview cameras have been in use for a long time, but some drivers are yet to discover their benefit when driving. Such cameras make backing up easy since they provide the possibility of having a 360-degree view of your car’s surroundings.

Also, rearview cameras can be integrated into the computer system of the vehicle to send alerts if the car is getting too close to another vehicle or object.

Moreover, this complements well with the dashboard and side mirror cameras.

Smartphones are one of the common causes of distraction while driving. If not for texting or calling while on the wheel, it could be navigating a GPS map.

The good news is that there are mobile apps that are being released that fix this problem. In fact, Google is planning to roll out voice-controlled apps, so you can switch songs, make calls, text, or navigate GPS apps hands-free.

With this, you can keep your eye on the road to prevent collisions.

AEB or Auto Emergency Braking is a new technology that alerts the driver once it detects the possibility of a crash. Aside from the alert system, AEB will automatically engage the brakes if the driver fails to respond in time.

Moreover, such systems can scan up to 650 feet ahead of you. This way, they can calculate your driving speed in relation to the oncoming traffic. Through this, they can effectively apply the brakes automatically.

Another major cause of collisions is the deliberate or inadvertent manner of staying out of the lane. This happens due to fatigue, lack of attention, and other factors.

To prevent this from happening, lane departure warning systems alert the drivers whenever they are getting out of their lane. This is critical, especially when they are driving along with large trucks.

Lane departure warning systems aren’t new. They were first introduced in 2004 and are currently built in sedans and modern vehicles.

Similar to rearview cameras, cross-traffic alert systems can detect incoming pedestrians, vehicles, and more. When the driver fails to stop, the system will engage the brake system automatically.

This system is helpful when you’re backing out of a parking space with cars on both sides. Take note that cross-traffic alert systems will come in different versions. Some will only cover the back, sides, front, or all.

Preventing collisions is possible through responsible driving and the help of new technologies. It’s an additional expense, but totally worth it.