At some point, we’ve all been distracted drivers. The short attention span of humans combined with distracted driving doesn’t seem to be a good mix. So to keep you safe while on the road, we listed some tips and must-dos while driving. 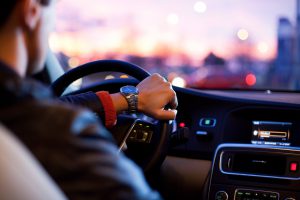 Your car’s seatbelt is there for a reason. Sadly, many drivers overlook this part. According to the National Highway Traffic Safety Administration (NHTSA), about 14,000 lives were saved in 2016 by merely wearing seatbelts while driving.

So before you turn the key, make sure that you buckle up first. It’s the basic yet most crucial safety tip while driving.

Guilty as charged, many of us have texted while driving. Aside from being unsafe, it’s against the law to use your phone while driving. Unless it’s hands-free, you’ll be apprehended by the traffic police. Worse, you might figure in an accident.

While driving, keep your eyes on the road. If it’s an urgent matter, make sure that you pull over on the safe side of the road to use your phone.

No to drink and drive

A DUI ticket doesn’t look good. Still, the biggest harm with drinking and driving is figuring an accident and possibly injuring other drivers or pedestrians. Your senses are impaired when you’re drunk and it’s never a good idea to hit the road at that point.

If you had a night out, it’s best to hail a cab or Uber to go home.

Never tail closely, especially if you’re on the interstate. You’ll be putting yourself and other drivers at risk for doing so. When the car in front of you hit the brakes abruptly, you’ll collide and cause traffic problems.

The rule of thumb is to leave enough distance for you to stop in at least three seconds. The larger the vehicle is in front of you, the wider the distance should be.

Be cool with other drivers

Learn to let go of heated encounters with other drivers. Everyone has their bad days and road rage is never the answer to it. According to Safe Motorist, about 66% of road-related fatalities are due to aggressive driving.

You might be frustrated, but it’s better to take a deep breath and let the issue pass.

Be a defensive driver

Defensive driving is a proactive approach where you expect that other people on the road will make mistakes. Always be on the lookout for any sudden situations that may arise. If you’re driving into a pedestrian lane, watch out for pedestrians crossing at the wrong time or the possibility of other drivers cutting you on the lane.

If you’re taking a long drive, you should hit the brakes and rest from time to time. This will restore your energy and let you shake off any frustration. If you feel exhausted, catnaps will also serve you well.

Like how the trite mantra goes, safety first! No matter if you’re in a rush or not, being careful on the road will save your and other people’s lives.

How Long Does a Distributor Last? How to Tell if Your Clutch Hose is Failing
Scroll to top