Bicycles are one of the major modes of transportation in the United States. You can always find numerous bicycle lanes in all states. Still, in many areas, cycling on the road is accepted and considered normal. In this case, you have to be extra careful not to hit any cyclists while you drive. 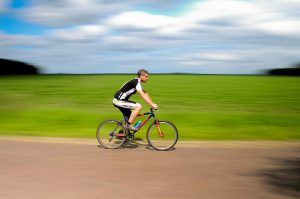 Cycling on the road is here to stay. What you can do is to become a more informed and efficient driver to prevent accidents.

Know what ‘bike safety driving’ is

If you’re driving in an area where cyclists are normally seen on the road, you have to practice bike safety driving. This involves staying alert for the presence of cyclists on both sides of the car. Also, don’t try to overtake on a cyclist as this can cause accidents.

Take note that typical bikes don’t have side mirrors. As the bigger vehicle, it’s your responsibility to slow down when you’re getting near a cyclist. Also, if a cyclist is behind you, always signal your intentions to change lanes. Lastly, if the cyclist is being too slow, you can honk to warn them off.

Be on the shoes of cyclists

If you’re starting to be impatient, try to put yourself in the shoes of cyclists. A bike weighs at least 20 pounds and it can easily topple in a single bump. Also, cyclists don’t have any other protection aside from the helmet they wear.

As much as possible, don’t try to stay too near to the cyclist’s lane.

Almost every U.S. state has bike laws that protect the rights of cyclists. Take note that in most states, cyclists enjoy the same right as motorists. If you hit them or violate their rights on the road, you can get a ticket or face a lawsuit.

Besides, the road is wide. And if it’s the rush hour, just be thankful that the cyclist isn’t bringing another car that will add up to the congestion. Somehow, you also benefit from their mode of transport. The least that you can do is to give them their space.

Be kind and patient

Come to think of it: bikers don’t wear out asphalt roads, they don’t cause potholes, and they don’t emit pollution. In fact, they are making other motorists a big favor by saving more space on the road by not bringing a car.

So if a group of cyclists get in your way, be patient and let them gain their distance. Honking repeatedly isn’t a solution, not to mention that it’s utterly rude.

If you’re caught in the middle of dozens of bikers, being vigilant is critical. Slow down and let them clear up before you hit the accelerator. This will prevent any risk of collision. Besides, you wouldn’t want to ruin your car’s paint and you don’t want anyone suing you for injuries.

Always keep your eyes on the road and make sure that your side mirrors are in the right position. Also, if you’re stopping in a traffic light, always mind the blind spot as bikers stopping beside you will end up in this area.

How to Avoid Hitting Animals With Your Car What Causes the Swirl Marks On My Car?
Scroll to top