Many of us are guilty of having some bad driving habits. And like what they say, bad habits die hard. It’s easy to form bad habits on the road, especially if it’s more convenient than following the rules. Over time, you will also compromise the safety of other drivers and passengers. 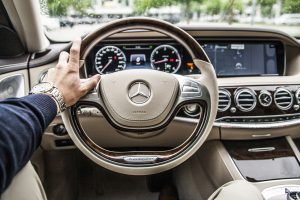 So as the New Year approaches, you might as well quit the following bad driving habits:

Distracted driving is a common habit that drivers do. Texting, answering a call, and navigating through an app will divide your attention. This will compromise your safety, much so if you have passengers. So stop texting and keep your eyes on the road and hands on the steering wheel. This way, you won’t be one of the statistics of road accidents.

Driving with headphones on

Headphones are hands-free, but it still causes a big distraction. Since you have the sounds on, you won’t hear the honking of other cars. This increases your risk of collision and being caught in an accident. Aside from that, blasting music on your vehicle will impair your senses.

It’s best to focus on the road and play music at a low volume while driving.

Are you a notorious sloucher? As much as this habit doesn’t compromise your safety on the road, it will make your backache. This can lead to poor posture and difficulty driving. The rule of thumb is that your arms should be holding wheel without bending your elbows too much. Also, you should adjust your seat well, so you’re not reaching for the wheel or too close to it.

You could be in a rush, but overspeeding isn’t the answer. In the end, you may not reach your destination and head to the hospital instead. Be patient and always follow the speed limit on the road to prevent accidents. If you’re in an emergency situation, ask for assistance from a traffic officer. A speeding ticket isn’t a good record, plus it’s a hassle for you.

We know that you like the thrill, but overtaking haphazardly isn’t just dangerous for you. It also puts the lives of other drivers at risk. As much as possible, signal when you’re about to overtake and always observe road signs. Take note that there are areas where you’re not supposed to overtake.

Have you ever encountered someone braking abruptly in the middle of traffic? If you’re not vigilant, this can cause collisions and major accidents. If you are to stop, always signal and do so gradually. Also, check the other cars to make sure that you’re not going to hit anything or anyone.