Welcome to the second part of the discussion, and if you haven’t read What Could Trigger Car Fires? (Part 1), catch up on that first.  Below, I have listed the other top reasons for a car fire.

It is a criminal act. But the question is, why would anyone set fire in a car? It could be to hide robbery or yet another crime. Do not discount the fact that it could be just for the heck of it. There are people who are just so happy to vandalize somebody else’s possession like a vehicle. Wait, it could also be insurance fraud. There could be more reasons but for now, it is best to leave the matter to the authorities. It is just that we are pointing out that it is really easy to start a fire without being seen or caught. And if it does happen the tangible proof is a burning mass.

Testa Model S has the unofficial title of being the “safest car ever” that came from the media and Tesla Motors.  In 2013, one of its cars was ablaze. The company explained several times that resistant to any battery associated issues. Unfortunately, a Model S which was driven very fast collided with a chunk of junk that broke its battery and burned.

In the entire 2011 to 2012, Chevy Volt landed in the headline when the vehicles undergoing impact testing suddenly caught fire. The Federal regulators learned that a lot of cases was due to a leaking coolant. General Motors came up with a solution that eased the concern of the government officials in charge of safety. However, a little while longer, there came another possible risks that came from design flaws. 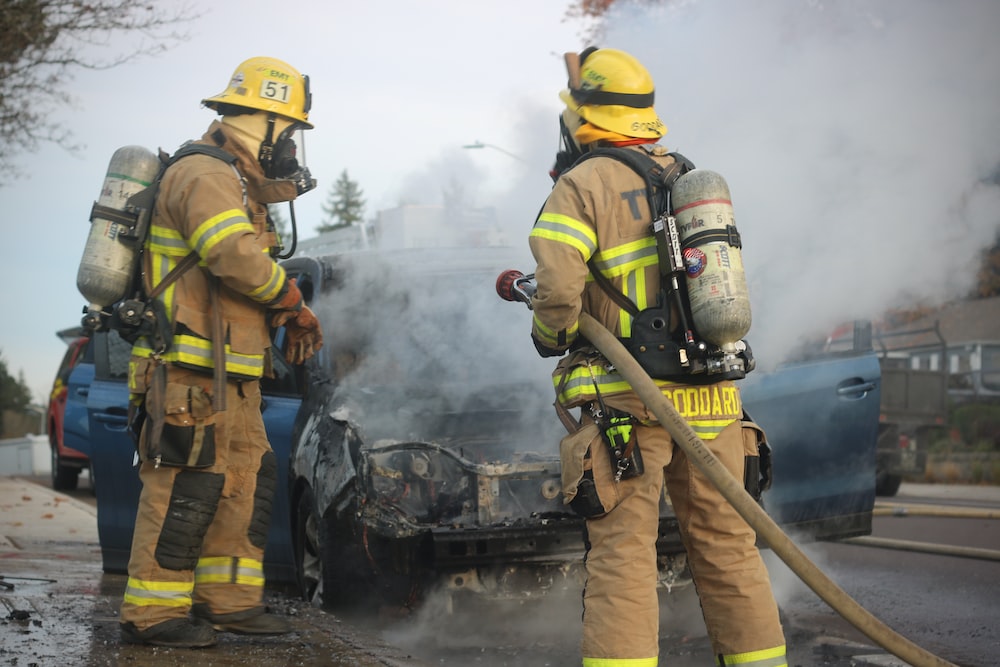 The catalytic converters overheat because they operate real hard just to burn out a lot of exhaust contaminants. When this happens, the cat has to work very hard to perform than it should be. If the catalytic converter becomes overused or blocked, it could simply inflame the cabin insulation and carpeting under the heat shields.

When this happens,  the overheated engine could cause the internal fluids such as the coolant and the oil can start to overflow. Then, it will trickle, pour, and gush in the entire engine bay, which goes to the exhaust system. This can result to flame and could quickly spread out.

In the late 2012, around 90,000 cars that has a particular EcoBoost powertrain were recalled. This shows that an engine could overheat due to a design defect. Usually, cases like overheating has to be checked by a professional mechanic.

Under the hood resides several risky fluids like diesel or gasoline, transmission, engine oil, power steering, and brake fluid and engine coolant. Not just because the fluids themselves are hazardous, but also, because when mixed with other factors, such as failed part or a collision, could likewise start a fire.

The charging cycles can result to a volatile hydrogen gas that could develop in the engine bay. The danger is when the electrical current and the battery generate, sparks can definitely ignite with either a fluid trickle or escaped vapors. Since the electric system is all over the vehicle, an inconspicuous worn out wire can cause more than you can ever imagine.

Taking the top of the list in terms of cause of vehicular fire is the fuel systems leaks. The hard part here is that you will not even know right away. It was mentioned earlier that a car with a 45 degrees Fahrenheit can in itself start a fire. So, if you smell something inside or even outside of your car, look around before you take a drive.

LOOK FOR A PRO TO TAKE A LOOK AT YOUR CONCERNS

What Could Trigger Car Fires? (Part 1) Pointers for Driving Safely on Snow and Ice
Scroll to top