Traffic jams are very common here in Arizona, especially this time of year when our weather is so much nicer than the rest of the country and seasonal travel is increased. Have you ever noticed that sometimes when you’re driving there will suddenly be a slowdown in traffic with no accident or other apparent cause for it. 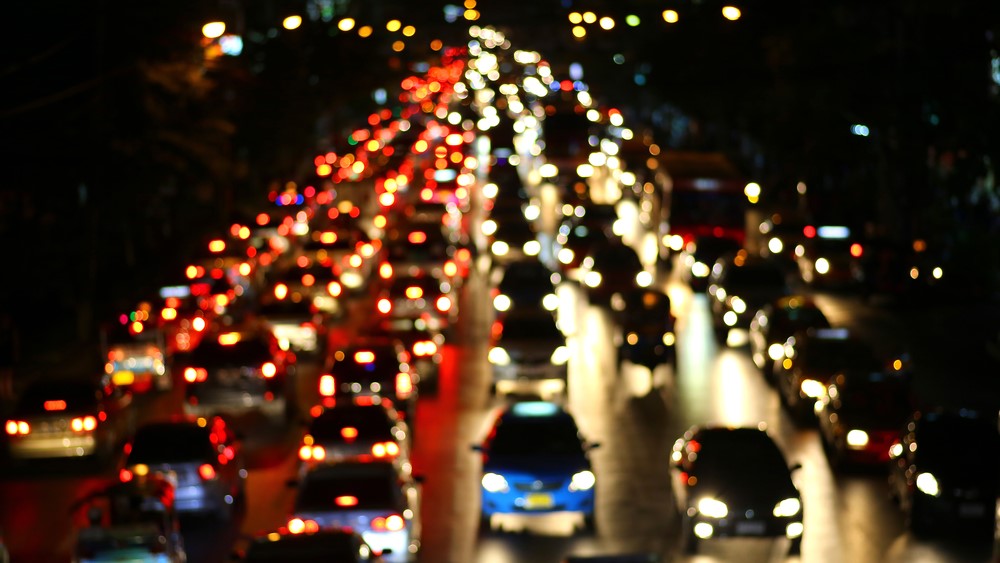 That makes you wonder – how can a five-lane interstate highway where there is more than enough space for everyone, get jammed so quickly even when there hasn’t been any accident? How do random traffic jams pop up all of a sudden?

Let’s take a look at the science behind traffic jams.

Why do traffic jams occur when there are no accidents, construction activity or stalled vehicles on the road? It’s probably because there are more cars entering the highway than leaving it.

So as more cars enter a packed road, drivers are forced to use their brake more often to avoid collisions. This creates waves of traffic. When there is a traffic wave the cars start slowing down all of a sudden and the slowing trend moves backwards.

So when there are more cars approaching and more behind, the traffic congestion moves backwards, in a wave.  Experts compare this to a domino effect.

Traffic jams are caused by 2 things in general: Network overload and random disturbances.

Network overload is when you have traffic congestion regardless of the road condition, even when there are no accidents or disturbances of any sort. In this case, the traffic jams occur because of certain bottlenecks on the road which simply do not have the capacity to cater to the demand.

Traffic jams caused by disturbances are easier to explain. Where there are accidents or breakdowns in the middle of the road, when there is some road construction or repair going on, or when the weather conditions are particularly harsh, it is natural to expect a traffic jam, especially during peak traffic hours.

No surprise there! But it’s impossible to predict when and where these disturbances can occur.  All you can do is read the latest traffic reports and weather reports and plan alternative routes well in advance – so you know what to do when such congestions happen.

Is There A Way To Prevent Traffic Jams?

No, not really, it’s impossible to prevent traffic jams. But there are a few things cities can do, such a ramp metering – where cars are allowed to enter the highway only within certain intervals of time. You have no doubt experienced this in the greater Phoenix area.

Adding more lanes or widening the road can help too. But it is expensive, often controversial and could take years before the project is completed. By the time the roads are widened, population growth has caught up! It’s a viscious cycle – we have such extensive population growth compared to the rest of the country here in Arizona, and as fast as we can build and improve upon new roads, we still have a very difficult time keeping up with the demand