Keyless ignition systems first began appearing in vehicles in the 1990s, with a surge of interest in the early 2000s. As with most new features, it was the luxury models and high-end cars that received them first. If you owned a Mercedes-Benz S-Class during that time, then you were an early adopter of this technology. 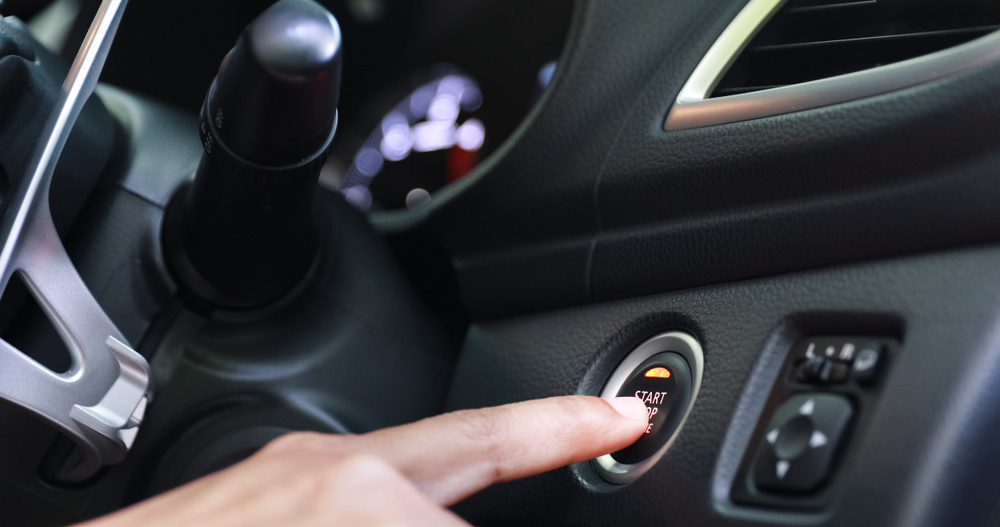 By 2008, 11% of the vehicles sold in the United States had this feature come standard. Now it is in over 60% of the cars, trucks, and SUVs sold each year.

Keyless comes with quite a few advantages, but there are some potential disadvantages we will focus on today.

A push-button start might eliminate the hassle of a physical key, but it also creates a new set of problems for drivers to worry about each day. If you own a vehicle equipped with this feature, then these are the issues of concern you will want to review.

Instead of removing a key from the ignition to exit the vehicle, the fob typically stays in the driver’s pocket. That means the engine can keep running even though the driver may think they turned it off – this is also more common in the incredibly quieter vehicles on the market today. This issue can lead to carbon monoxide fumes seeping into a living areas, as was the unfortunate case in this incident, and three other similar incidents reported this year.

If you lose one of your car keys, then you can contact your locksmith to have another one made for your vehicle. You don’t need to have the original present for the copy. Keyless ignitions use fobs that provide RFID technology so that your car recognizes its presence. Until you get a replacement from your dealership or an authorized provider, you are not going to be driving anywhere.

You can usually get a basic key made for your car relatively affordably. Even if you don’t have one, a locksmith can do the work for $50 to $100 – and AAA membership might also pay for that service. If you lose a key fob, then a new one can cost you between $200 to $600 if you go through the dealership. Even if you purchase an off-brand model and have a locksmith program it for you in Arizona, the cost will be at least $150.

A vehicle equipped with a keyless ignition does have a hacking vulnerability that is similar to the hot-wiring or lock-picking problems that older models faced.

You don’t need to worry about accidentally pressing the push-button start while driving because your vehicle should not disengage if you’re moving.

At least 19 fatalities are directly attributed to keyless ignitions since 2009. Warning alarms are one solution to this problem, and legislation is pending before Congress to make them part of a vehicle’s standard features.

Until that outcome occurs, try to double-check that you’ve turned your push-button ignition off when you arrive at home.