Have you noticed that some cars have fuel tanks on the driver’s side, while others take the opposite approach?

We don’t usually think about this issue until we’re driving a rental or a new car and pull up to the gas pump on the wrong side.

Wouldn’t it be easier if automakers simply made every vehicle have a fuel tank on the same side of the car? 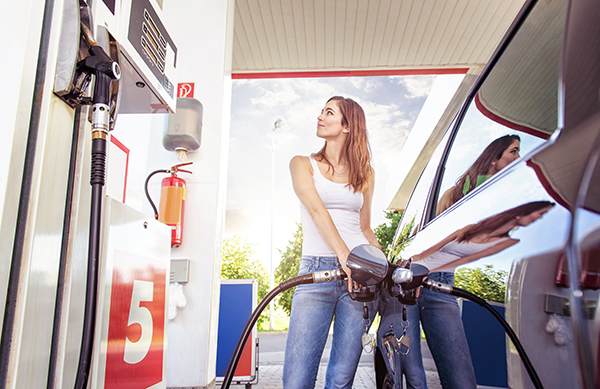 It is easier to turn right in the United States since you’re driving on that side of the road.

If there’s a gas station on both sides of an intersection, most drivers will turn right instead of trying to cut across oncoming traffic.

If you live in a country where driving on the left is the norm, then this same rule applies except in the opposite direction.

Now consider what would happen for our right-side drivers if the fuel tanks were always on their side of the vehicle. You would have everyone parking on the right side of an open pump to fill up with fuel.

When crowds would show up to purchase gas, you’d have all of the spots on the right side of the pumps filled while most of the ones on the left would remain empty.

Automakers placed fuel filler doors on different sides of vehicles to ensure some drivers go to the left while others head to the right. This design feature reduces the amount of time most people need to wait to fill up their cars.

Even if this isn’t a conscious decision by a manufacturer, it can be from a consumer standpoint. If you know that the fuel tank is on the opposite side, then you might be able to avoid long lines at the gas station.

How to Know Where to Pull Up at the Gas Station

If you’re driving a rental or can’t remember where the fuel door is on your new car, there’s an easy way to check. Most vehicles have an arrow placed next to the gas pump icon in the dashboard or heads up display.

The direction in which the arrow points is the placement of your fuel tank door. If it directs you toward the left, then you know it is on the driver’s side.

Some older vehicles also have this feature. It may be written out on the dashboard in some way. There might not be any indication at all.

You also have the option to find an older vehicle that allows you to have the fuel door behind your license plate. Then you can pull up on either side since you’ll be putting the gas in from the back center cap.