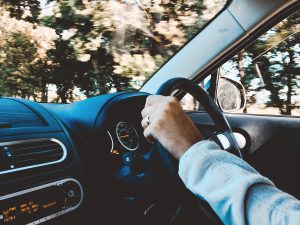 Did you know that your car has a lot of sensors in it? These sensors are what help keep you safe on the road, and allow your car to function properly. In this post, we’ll discuss all of the different car sensors and what they do. We’ll also talk about how to take care of them and how to troubleshoot any problems that may arise. So, if you’re curious about car sensors, read on!

What do car sensors do?

Car sensors are responsible for a variety of tasks, including:

-Monitoring the engine’s performance and status

-Checking the air pressure in your tires

-Checking to see if you’re low on fuel, and how much gas is left in the tank

These are just some of the many things that sensors do for us. There are so many different types of sensors out there! Let’s take a closer look at some of the most common ones.

The engine RPM sensor helps your car’s computer to determine the correct fuel mixture and ignition timing for the engine. It also tells the computer when the engine is idling, so that it can turn off certain features like the air conditioning.

The sensor for these instruments often fails due to wear or tear over time. If this happens, you may notice that your engine’s RPMs are off when driving at a particular speed (like highway speeds), which causes it to run louder than usual because it’s getting too much fuel into the mixture. The speedometer will also show incorrect readings for how fast you’re actually going (it might look like 40mph when really it’s only 25).

This sensor checks to see if there’s enough oil in your car, and if not, then it’ll tell you by lighting up a warning light on your dashboard. It also monitors the oil pressure, so that if it gets too low, the light will come on and tell you to pull over and check your engine.

The sensor can fail due to a number of reasons, including being covered in dirt or gunk, old age, or a leak in the oil system. If the oil pressure sensor fails, it can cause extensive damage to your engine if the problem isn’t fixed right away.

There are several different temperature sensors in your car, and they all serve a different purpose. The one that’s most important to you as the driver is the one that measures the air temperature inside of the passenger compartment. This sensor tells the air conditioning system when to turn on and how cold to make the air.

The other temperature sensors monitor the engine, transmission, and coolant. If any of these get too hot, it can cause damage to your car. The sensors will send a warning signal to the computer if they get too hot, so you can pull over and let the car cool down.

There are also temperature sensors in your tires, which help to keep track of how hot they are getting. This information is used by the ABS system to determine when it needs to kick in and prevent your car from skidding.

These are just a few of the many different types of car sensors out there. As you can see, they play a very important role in keeping your car running smoothly. It’s important to take care of them and troubleshoot any problems that may arise.

Everything Drivers Need to Know About Parking Sensors

7 Reasons Cars Make Noise: What to Do When Your Car Begins Making Odd Noise...
Scroll to top