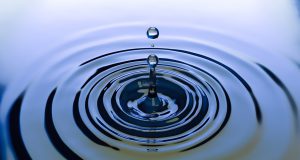 As a car owner, you must be aware of the things that can go wrong, as well as the significant issues that may arise, and when it is necessary to have it repaired. The car alternator is one of the components to which you should pay particular attention. It’s one of the most important components that can cause problems when driving. As a result, you should be aware of the issues that may arise with your alternator.

What is the purpose of an alternator?

Is the Alternator in a Car Waterproof?

The Alternator is Water-Resistant

Because your engine bay is not sealed, your alternator is exposed to water frequently. It is constantly splashed with water. This includes water from the rain, puddles, and directly washing the engine bay. The issue isn’t with splashing water. It’s a pool of water. When you flood it, bad things happen.

These brushes can rust if they are exposed to water repeatedly, causing them to lose contact with the slip rings. With a flooded alternator, you’ll also have to deal with grime. Things like sand and dirt can get into the brushes and freeze them out of contact with your slip rings if your car is submerged in water.

Can You Clean an Alternator With Water?

You can definitely clean your alternator with water if you don’t pressure wash it directly. You wouldn’t want to clean your engine bay by pressure washing it because it can damage the seals that could cause another problem for you. When it comes to cleaning alternators, water is however recommended rather than a petroleum-based engine degreaser.

To dry an alternator, get a can of CRC electric clean or a similar product and part it into the alternator. Then, after you let it sit for 24 hours, it should be good to go. Another option is to leave the hood open to let air flow through your engine bay to dry it out.

Why Your Brakes Need Preventative Maintenance How long do brake pads last?
Scroll to top